Welcome to our “EID Tour”!
Find Here Brief Information of the Practical Implementation of the EID Concept

Explore the pilot areas of the project and follow their local activities as Energy Improvement Districts. Click on the map or the EIDs to open the information box. 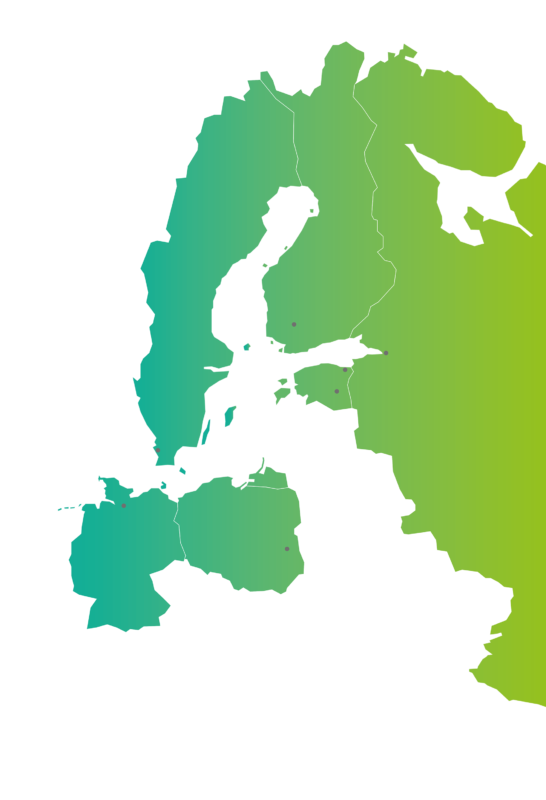 Setup of the Helsingborg EID

The Helsingborg EID covers the city’s hospital area, which is almost a neighbourhood in itself: home to 3.000 employees, over 360.000 guests annually visit the compound that stretches over 140.000m2. Ownership is almost entirely in provincial hands (Region Skåne), and the local energy utility (Öresundskraft) is another major stakeholder involved in the EID-level energy planning.

Firstly, as a hospital area, the Helsingborg EID has both a distinctive stakeholder structure and is special with regard to its mono-functionality. Secondly, the EID is not just the largest energy consumer in the city, but also comes with a critical energy infrastructure, where safety concerns limit energy efficiency potentials to a certain extent.

Setup of the Hamburg EID

Stretching over 200.000m2, the EID branded as “Green Barmwisch-Bramfeld” is home to 2.000 residents. It covers several apartment blocks from the 1970s with around 900 apartments. The ownership structure is dominated by housing cooperatives but also includes private owners. Next to residential use, the EID also consists of a school and a daycare. Through the EID process, cooperation between these and further stakeholders on local energy efficiency matters was initiated and solidified.

The entire EID development process is closely interlinked with the municipal climate strategy, which is the first of its kind in Hamburg. This strengthens the impact of the EID, but also increases complexity. Another specificity of the EID is its holistic approach. The EID intertwines technical measures for energy efficiency and sustainable energy supply with district mobility, landscape planning and housing re-densification.

The overarching vision of the EID is to provide attractive, climate-friendly and socially responsible housing in Barmwisch-Bramfeld. This holistic understanding brings several benefits. For instance, integrating landscape planning into the process improves the urban micro-climate. Moreover, it has a positive impact on the quality of life and helps to make climate protection and energy efficiency actually “visible” to the local population. But the local stakeholders also cooperate towards “hard” energy objectives, ranging from modernisation to grid-based heat supply.

Setup of the Polytechnic EID

The St. Petersburg EID is another example of a mostly monofunctional Energy Improvement District. It encompasses the campus of Peter the Great St Petersburg Polytechnic University, which extends over an area of roughly one square kilometre. The campus EID includes more than 100 buildings, including classroom buildings, dormitories, administrative premises and laboratories. The most important stakeholders cooperating locally towards increased energy efficiency include different university bodies, several suppliers as well as students, represented through the student union.

Usually, i.e. when speaking about private households, the end-user energy price is a leverage to trigger energy-saving. However, these mechanisms do not apply to university staff and students, who are not charged directly for their consumed energy. As the EID is home to 1.000 permanent and 35.000 temporary residents (e.g. students living in dormitories), developing incentive mechanisms that comply with the needs and demands of all involved stakeholders is essential.

Together, the EID stakeholders developed and agreed on an integrated strategy to tackle the most critical energy efficiency challenges in the EID. The goals they address collaboratively include (1) increasing the liability of the energy infrastructure, (2) reducing costs through energy efficiency improvements and (3) raising awareness on conscious energy consumption among end-users.

In all these endeavours, students as energy end-users are involved in EID-level decision-making processes. Particular emphasis is placed on awareness-raising, where students co-create several activities – including a student-made motivational video (see below).

Setup of the Härmälä EID

Härmälä, where the EID is located, is a mixed-use neighbourhood in Tampere, Finland. The EID development was based on workshops with building owners and local SMEs and received the support of local and energy authorities in addition to the energy utility and the non-profit energy agency Ecofellows Ltd. Their measures support the upgrading of heating systems in buildings, providing owners with tools, knowledge and funding information to facilitate the transition.

Next to “normal” cooperation of energy planning stakeholders, the Tampere EID showcases how ICT tools contribute to energy planning. For the EID, Tampere University of Applied Sciences developed a digital application that monitors and analyses real-time electricity and domestic water consumption and indoor conditions in apartments and single-family houses. In the EID, the tool is used to raise residents’ awareness of their energy and domestic water consumption habits, and to trigger behaviour change.

With increased awareness and more information on saving potentials based on individual live data house owners can be motivated to invest into modern energy efficient appliances and consider deep renovations. Regarding municipal support, the EID process is integrated into the city-wide carbon-neutral Tampere 2030 strategy, which underlines the importance and validity of the EID-level goals and measures. Moreover, the EID activities were widely recognised and even resulted in plans for replicating the EID model nationwide.

Setup of the Kalda EID

The Kalda EID showcases how ICT tools can contribute to user involvement in district-level energy planning. The local partners developed the benchmarking tool “Energiamonitor “, an application that supports energy monitoring, energy labelling, energy performance analyses. Additionally, the tool offers tailored consultation for end-users on renovation measures and further topics. The tool contributes to the EID process in a twofold way: Firstly, it activates end-users to reflect their consumption habits by visualising their energy data. Secondly, if applied to a critical number of dwellings, the generated data allows drawing conclusions for EID-level energy planning.

The EID stakeholders formulated their vision as “conscious citizens will be living in buildings refurbished to meet 21st-century requirements and needs”. Translated into concrete activities, this includes several measures on awareness-raising (as exemplified by the ICT tool mentioned above). Other addressed objectives include “hard” ones such as a decrease in energy consumption by at least 20% by 2025 through several energy efficiency measures.

Setup of the Järve EID

Kohtla-Järve is a city in North-Eastern Estonia. The local EID covers the city district called Järve. The area extends over 1.6 km2 and is home to around 2.500 residents. As a mixed-use area, it includes functions such as housing, schools and public buildings, leisure areas and others. The majority of buildings is either privately or publicly owned, with many of them being of historical value.

A major challenge identified in the Järve EID is achieving energy efficiency and at the same time preserving historical buildings, which are mostly in private hands. As in other shrinking regions in Estonia, the EID is facing typical challenges related to the real estate market situation (high rate of ownership per apartment), demography and difficulties in decision-making. The EID stakeholders identified a need for mindset change, continued active dialogue with housing associations, (municipal) support mechanisms and standardised guidance to kick off the renovation decisions.

Together, the stakeholders involved in the EID process agreed on an integrated set of measures and related indicators. All actions are tailored to the specificities of a shrinking city with a historic housing stock; they should be reached within the next fifteen years through joint efforts. This includes measures related to awareness-raising, indoor climate, quality of urban life and reduced energy consumption through both renovations and behaviour change.

Setup of the Wieniawa EID

Stretching over an area of 2.2 km2, Wieniawa is a mixed-use area in Lublin, Poland. In addition to residential use, the district has office, commercial and industrial buildings, educational and health care facilities. 12.000 permanent and 3.000 temporary residents live in the EID. Involved stakeholders include the municipality (and their legal entities like kindergartens, schools, hospitals etc.), a local district heating company, an energy distributor, private companies, building owners and other users of the EID.

As the Wieniawa EID is rather large and the process involves a comparatively broad spectrum of concerned stakeholders, balancing interests and convincing stakeholders that it is still worth participating in the process was one of the significant challenges. Some challenges are also linked to financial and legal matters. Strengths are that NGOs are actively involved in shaping the EID as well as the interest of tenants and house owners to reduce their energy bills, which supports the willingness to act.

Together, the EID stakeholders agreed on three goals with several sub-objectives and measures that should be implemented in a jointly coordinated approach. Goals include (1) the reduction of the final energy consumption by 15% until 2027, (2) an increase in the local production of renewables by 50%, (3) fostering ecological awareness among residents. 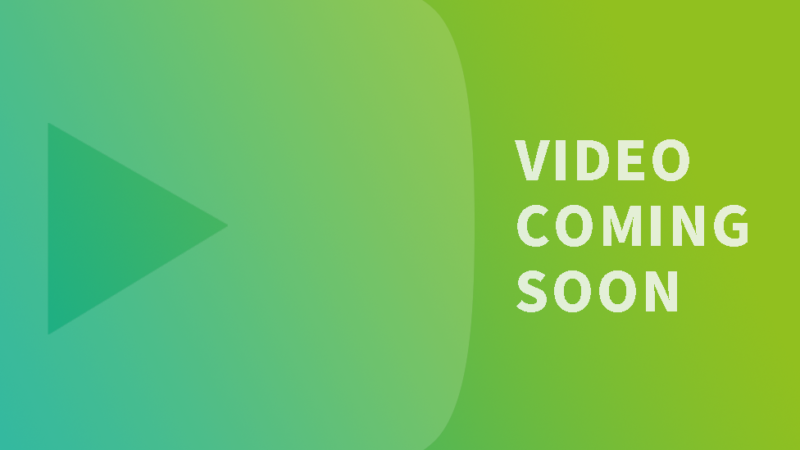 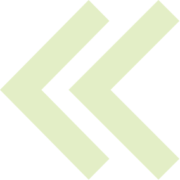